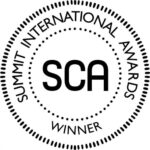 The results are in!  At the 27th Summit International Creative Awards, Turchette took home a bronze award for its impactful “Chairs” print ad which helped successfully launch Caregiver Support Services from CareScout. This year, there were more than 3,000 entries from 20 countries across the globe in 63 categories. Of the award-winners… approximately 6% were Bronze, 7% Silver, 1.25% Gold, and .001 were Best of Show.

Over the past year, Turchette has earned 15 awards for various creative materials on behalf of CareScout, including print/digital advertising, public relations, videos and collateral.  The agency’s creative and PR work has received worldwide, nationwide, statewide and industrywide recognition from four organizations.

The Summit International Creative Awards are judged based on:

Congratulations to the entire creative team and our collaborative partners at Genworth and CareScout!