Turchette received another Certificate of Excellence Award last week for Superior Achievement in Media Relations from the North American Precis Syndicate based on a news feature written for client, Fujitsu General America.  The article below entitled “America Salutes Its Veterans” announced Fujitsu’s social media campaign honoring U.S. military families and supporting Operation Homefront.  This exceptional media coverage (3,716 print and online placements) puts it in the top one-quarter of one percent of all releases distributed to the media through NAPS, including releases for most Fortune 500 companies, over 100 associations, all top 20 PR firms and over 1,600 accounts in all. In addition, 46% of the placements were from the top 50 U.S. markets. 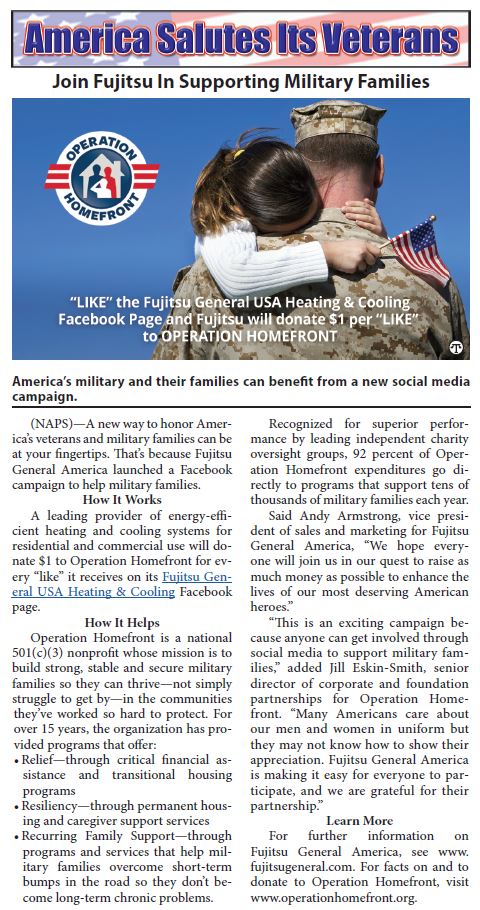