Turchette recently received a CITY (Cosmetic Innovator of the Year) AWARD from the ICMD, Independent Cosmetic Manufacturers & Distributors, a non profit trade associated which annually recognizes the most creative new products, package designs, and innovative marketing programs in the cosmetics and personal care industries. The award was based on an inspirational ad campaign for World Wide Packaging (WWP), geared at making adults rethink their outlook on life.  “The Time to Dream Again” campaign is an emotionally evocative 3-part ad series featuring the imaginative play of children to illustrate that, with creative thinking, anything is possible.  Each ad shows how a child imagines the world and just because an adult grows up, doesn’t mean they can’t dream anymore. 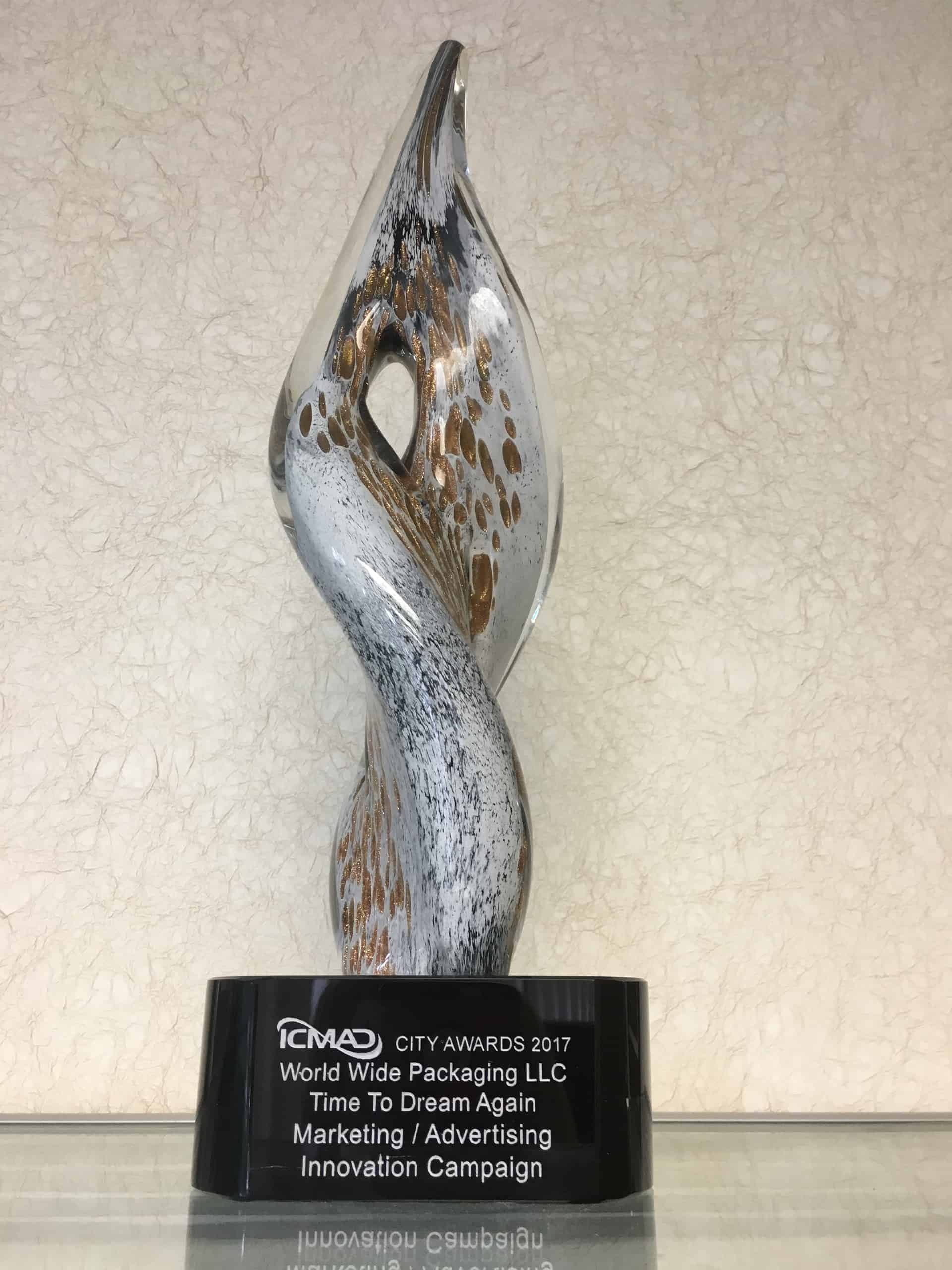 The ICMAD presented 12 awards to companies that exceeded in creativity, entrepreneurship, and charitable giving during the 2017 Cosmetic Innovator or the Year (CITY) Awards. The CITY Awards, founded in 1995 by ICMAD, is the highest accolade in the independent beauty industry and gold-standard award for breakthrough beauty products and innovative marketing campaigns. During the ceremony, all the CITY Awards finalists were recognized for their ingenuity and tireless efforts to make the industry stronger through their creative contributions. The CITY Awards dinner was held on July 10, 2017, during Cosmoprof North America at the Mandalay Bay Resort and Casino in Las Vegas, Nevada.